A tension, an opponent, an unbelievable strike- the beauty of baseball hits is the pleaser every kid dreams of. So many baseball films were created over the years to entertain kids of different ages. Most of them contain inspiring lessons, especially for the kids who love baseball or want to pursue their career in this field.

Here are some top-notch baseball movies you’ll enjoy with your kids and family to the fullest.

A League of Their Own

This movie is about the All-American Girls Professional Baseball League. When baseball, America’s favorite pastime, was temporarily suspended during world war II, the men could not keep it on the run as they used to. That is when some women came out to make up a baseball team on their own. Penny Marshall has brought this true story to the big screen.

This movie is blessed with the presence of one of the greatest actors in Hollywood, Tom Hanks. The whole movie portrays a heartwarming story with humor and joy.

The Sandlot is a story of friendship and joy with humor. Little Scotty was bright and everything, but he was way too inexperienced to play baseball. After his mother’s advice, he went to make some friends in the neighborhood. And guess what? He eventually became a part of the team!

This whole baseball team was full of fun. They had curious minds, wanted to experience new stuff, and most importantly, were so warm to each other. Overall, it’s a great family movie. Note that this film is for kids aged nine years or older!

The Life and Times of Hank Greenberg

Hank Greenberg, a man from 30’s America, loved baseball with his heart, not to mention he was so good at it that he was called the Baseball Moses! Being Jewish, it wasn’t easy for him to reach his goal for all the prejudices against the Jews at that time. However, he did stand up against anti-Semitism and became an icon of America in the end!

If you have a child, who is more than passionate about baseball, this is the movie you’re looking for. Even though the documentary sounds boring, it tells the story of overcoming the obstacles to fulfill a dream and achieve what you truly deserve! Do not miss out on the sweet wind of life and encourage the children with some real-life fairy tales!

The Pride of the Yankees

Like most parents, Lou Gehrig’s mom wanted him to pursue a career in some common profession. But he was gifted with the skills for baseball. With his father’s help and hard work, he eventually became the baseball player he dreamt of.

The Pride of Yankees is a biographical movie based on Lou Gehrig’s life. It is considered a classic American sports film of all time. It was nominated for an Oscar in more than seven sectors and won for Best Film Editing! Though this movie is from the romance genre and you might think twice before giving it to the kids, we ensure you that this movie is appropriate for kids of all ages.

The story starts with a father-son tie and inspiration for the journey towards being a professional baseball player. After his father’s demise, little Hobbes himself made a baseball bat from splintered wood; that’s only the beginning.

The Natural was nominated for the Oscar in best cinematography and three other sectors. Indeed it is a worthwhile movie! But note that this movie is appropriate for people aged 12 or older.

If you’re a movie lover and have watched several baseball movies, you might have already watched this one! Field of Dreams won people’s hearts with its beautiful story and fantastic screenplay!

Ray, a cornfield farmer, one day hears a voice, and he decides to turn a part of his farm into a baseball field. He grew up with baseball and had emotion for it. It wasn’t easy for him to pull it off on the baseball field, but he did it whatsoever!

It was a random male baseball team, which used to lose every match! So one day, their coach brought a girl who was pretty good at handling a baseball. And eventually, she turned the team’s luck.

The story was indeed very unique and inspiring. All the performers did well too. This is more of a teenager movie. But kids will love it as well!

Million Dollar Arm is a story of a coach who crossed a country because he found out skills and abilities in some unusual people. People warned J.B., the coach, that baseball is not some sort of social experiment, but he didn’t lose faith in them. With some novice Indian boys, he made his major league team and went on to achieve unimaginable success.

You surely have guessed already that this will be a very inspiring story for anyone. However, keep in mind that this is not for kids who are aged below 10.

The Perfect Game is based on the true story of Mexico. A group of baseball enthusiast kids build a team and play baseball for passion. They were from a poor town that was never supposed to make it to the national. But eventually, they beat a strong US baseball team in a Little League World Series.

This movie is not just about the rise of minors; it’s about overcoming social obstacles like racism, language barrier, and so on.

Based on a true story, The Rookie tells the tale of a school baseball coach who had a dream of making it to the Major League Baseball. However, it wasn’t easy for him because of an arm injury. But guess what? Eventually, he was able to fulfill his lifelong dream-pitching!

Sports movies like basketball and baseball usually are hard to watch with the whole family. But not these movies. These baseball movies are genuinely nice yet inspirational enough to grow a sense of interest in children’s minds for baseball through inspiring stories. All of them have elements to make a movie night fun and educational! 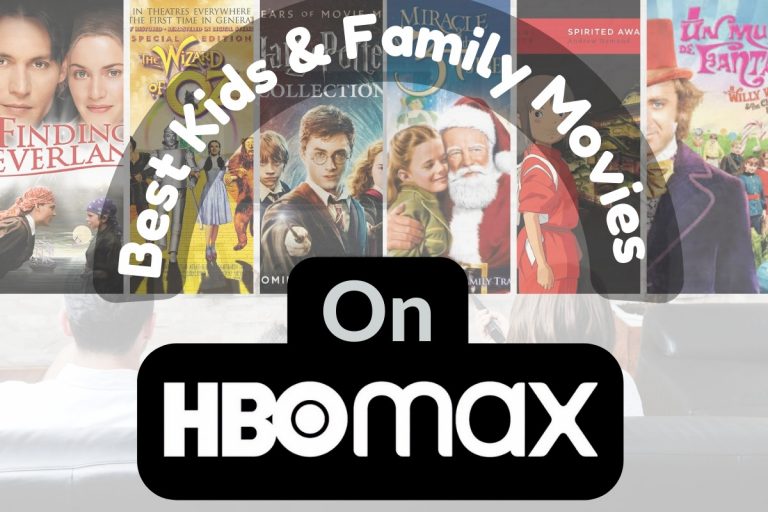 You won’t find many streaming platforms like HBO Max that offer quality content for people of all ages, including toddlers and kids. From kid-favorite tv-movies like Looney Tunes cartoons and Sesame Street to animated movies such as Spirited Away, you can choose from plenty of options. But it’s not that easy to find a movie…

Parenthood is incredibly stressful. Though new mothers go through a lot of changes, sleeping next to a growing baby leaves a noticeable impact on fathers too. There is a lot of new dads who feel like they’re on an emotional rollercoaster. Is it high time to talk about the mental workload of fatherhood? The Mental… 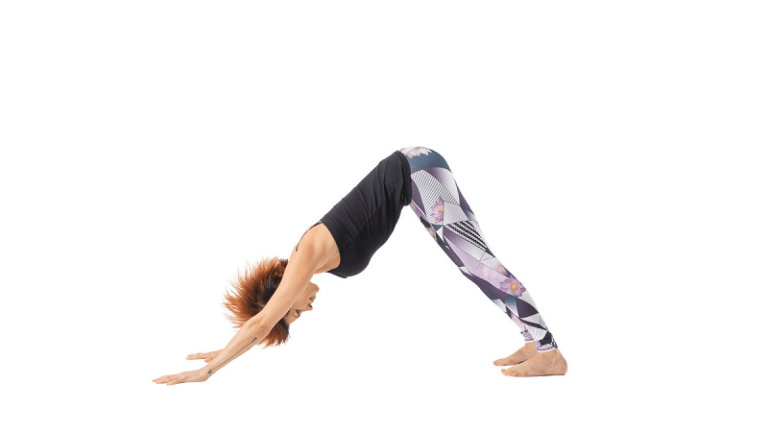 Pregnancy causes a lot of physical changes, including stretch marks and weight gain. Getting your body back after having a baby is probably one of the hardest things you might face. In this article, we have discussed five simple postpartum exercises that can help you get back in shape. Although you might feel that exercise…

Motherhood is hard, and moms sacrifice a lot for all of us! In our mundane everyday grind, we often forget about the most important person in our life. Don’t let it happen again on Valentine’s day. Show your love and appreciation this Valentine’s Day with one of the best gifts for mom. From heartfelt gifts… 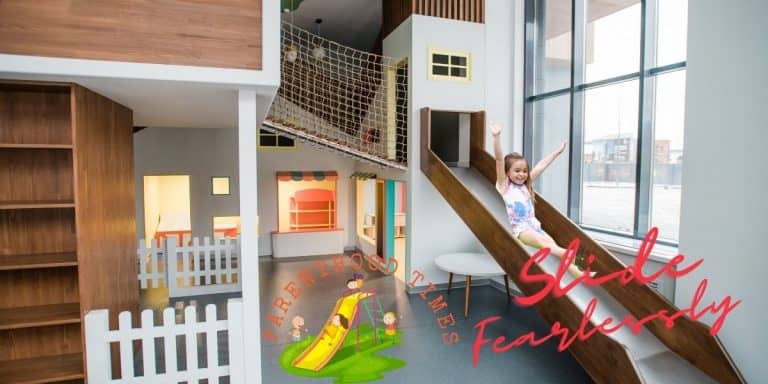 When you are stuck at home with your child due to bad weather or something else, it can be frustrating for both of you. There is no denying the fact that kid’s screen usage skyrockets when they are spending most of the time indoors. But there are harmful effects of excessive screen usage. You should… 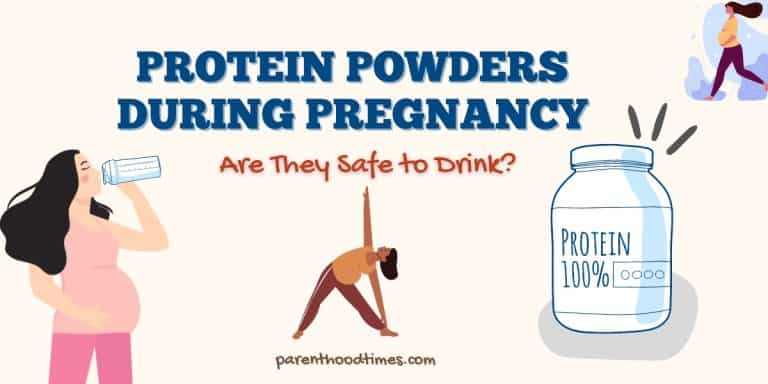 Most pregnant women have a hard time eating during pregnancy. But staying on track with a balanced diet is now more important than ever. Pregnancy hormonal changes are particularly responsible for occasional appetite loss and food aversions. Aversion to certain food types is higher than others, which includes red meats, chicken, fish, eggs, and so…