We all enjoy fun family movie nights with our loved ones. 2020 is already looking like a very good year for family-friendly movies. The sheer number of great movies that are expected to come out this year includes a new Minions Movie, a new live-action Disney remake, and another sequel of The Croods. We’ve compiled a list of best kids movies in 2020.

If you have already watched the Peter Rabbit, you wouldn’t want to miss this sequel. The kid-friendly characters and visuals make it one of the must-see family and kids’ movies in 2020. Get your kid an adorable and cute rabbit that goes perfectly with the movie. 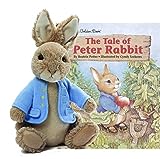 Mulan is a live-action remake of Disney’s 1998 animated film of the same name. The combination of Walt Disney Pictures and director Niki Caro makes it one of the most anticipated reboots of this year. The storyline revolves about a girl who decides to protect her father by taking his place in the army. If you have a daughter, watch the movie in the theater or cinema together. You won’t regret it.

2,208 Reviews
Mulan (Plus Bonus Content)
Get It Now On Amazon

Britsh filmmaker Sir Kenneth Branagh’s Artemis Fowl is an upcoming science fantasy film based on the beloved children’s book series, Artemis Fowl by Eoin Colfer. With the combination of Disney and Kenneth Branagh, it’s going to be a fun, rollicking, masterminded adventure for kids. If you have kids aged over 10, this would be a great introduction to Sci-Fi for them.

If you like Tom Holland, Chris Patt, or  Octavia Spencer, you’re going to love what’s coming to theatres in 2020. Disney-Pixar’s “Onward” introduces two teenage elf brothers (Voiced by Tom Holland and Chriss Patt) who stumble through the suburban fantasy world to discover if there is still magic out there. Introduce your kid to the world of magic with a Magic Kit from Amazon. 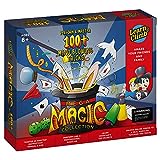 Minions: The Rise of Gru is the continuation of the 2015 hit animated film Minions. The adorable little creatures are surely going to create excitement among kids of all ages again. It will be out on theaters on July 3rd. Before watching that, get your kid a cute stuffed minion. 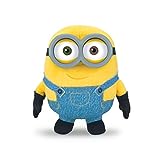 The long wait for another Croods movie is almost over. The Croods 2 will return this year with all of our beloved characters from the first film. As the Croods venture out of their cave, they must gather courage and strength to fight their biggest threats.

This is a great movie to teach kids about courage, responsibility, and adaptability. The movie should definitely be on your list of family movies to watch with kids in 2020.

Who doesn’t love the Jungle Cruise ride at Disneyland? This July, you can join the adventure of a lifetime with the new Disney film. ‘Jungle Cruise’ is the movie you would love to watch together with your adventurous kids.

Get your kids excited about the movie with the latest book in the Disney Parks Presents series. They will feel like they are taking a trip to Disneyland while reading this book.

If your child loves scary stories and mysterious characters, we have picked out a great movie for you. Children’s favorite book, The Witches by Roald Dahl, is going to hit the big screen this year from Warner Bros. Robert Zemeckis will direct one of the most anticipated adaptations of this year.

‘The Witches’ tells the story of a seven-year-old boy who has come across some real-life witches! If your kid hasn’t read the book yet, buy him/her the book.

1,198 Reviews
The Witches
Get It Now On Amazon

“Soul” is one of the most anticipated original films coming out in 2020. And it will come from our favorite Pixar Studios. What’s more, Pete Doctor will direct this animated film.

The movie tells the tale of a middle school band teacher who is passionate about abut jazz music. After falling through a manhole, he ends up in a mystical place — and he’s just a soul. The storyline might remind you of “Coco,” the 2017 Oscar-winning film. We have to wait till June 19th to find it out.

After the last year’s How to Train Your Dragon, we don’t know how long we have to wait for another sequel. Don’t worry. You might miss Hiccup and Toothless, but you will see a new dragon named Sisu on the big screen this year. Brace yourself for a new fantasy-action-adventure film (Raya and the last dragon) from Walt Disney Animation Studios.

Watching the family-friendly movie with your kids will definitely be a fun experience. Add it to your list of must-see family movies to watch with kids in 2020. 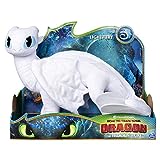 What is the movie you are most excited about from this list of upcoming best kids’ movies in 2020? Leave a reply in the comment section below.

20 Inspirational and Cute Quotes About Having a Baby

15 Best Movies About Pregnancy And Babies

30 Best Halloween Movies For Kids and Family In 2020