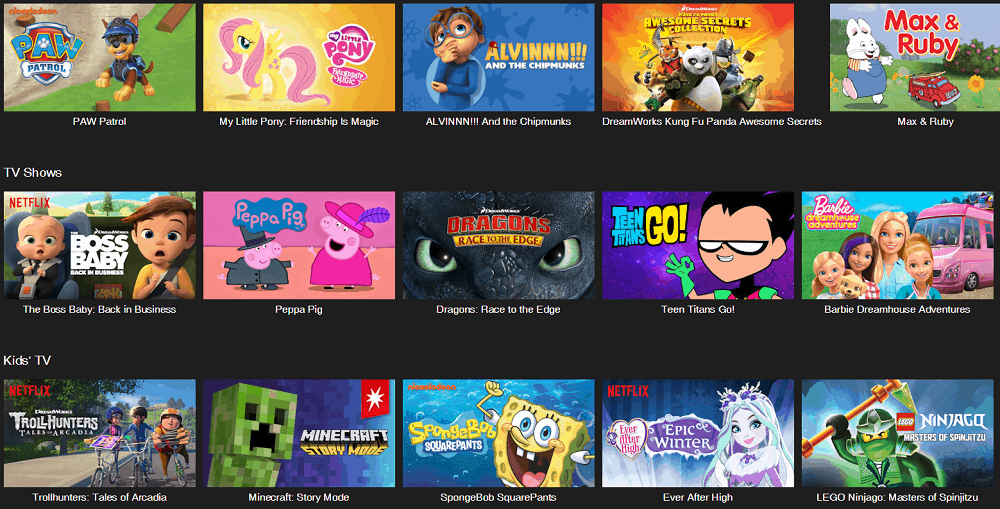 Are you looking for a kids’ show that your kid will love to watch? From Animated to Educational, Netflix has a great collection of top TV shows for kids of all ages. Here we have compiled a list of the best kids’ shows on Netflix right now.

Best Kids Shows On Netflix in 2020

From shows for preschoolers and toddlers to tweens and everything in between; this fantastic list has something for all ages. Check them out.

This is Netflix’s reboot of the ’90s kids’ favorite cartoon – The Magic School Bus. If you want your kids to watch educational programs while they’re planted in front of the TV, this is a great choice. The series encourages curiosity about science and nature as well as offers some subtle ethical lessons for kids. If you have kids between 5-9 years old, they’ll surely enjoy it.

Dragons: Riders of Berk is one of the very best Netflix kids’ shows. The friendship between Toothless and Hiccup is one of the most beautiful things on TV ever. The animated TV series has everything it should have, an inspired yet simple story with funny jokes for kids, which would keep them laughing for a while.

Clifford the Big Red Dog is a kids’ TV series that’s been adapted from a book series with the same name. As for kids, the show can help spark an interest in reading books. Not only the series encourage good reading habits, but they are funny as well.

The Adventures of Puss in Boots

The Adventures of Puss in Boots is a Netflix reboot of the Shrek series. This computer-animated series portrays, an epic adventure of Puss, who must shield the city of San Lorenzo from the outside world.

The Worst Witch is a fun and entertaining Netflix kids’ show based on a popular kids’ book “The Worst Witch” by Jill Murphy. The series tells a story of a group of girls who attend a British boarding school for witches. Kids would love the funny and humorous magical effects with little to none scary scenes. Close friendships, loyalty, and honesty are the core theme of the whole series. Overall, a great show for kids.

To thrive in the ever-changing world, we need to help kids develop curiosity. Bill Nye, the Science Guy is an epic show that inspires creativity among learners of all ages. The show teaches kids many different things about science in fun and enjoyable ways. The show is also full of good humor and visual aids, which makes it even more enjoyable for kids. That’s why it’s still a kid’s favorite show after all of these years.

Voltron is a Netflix reboot of the popular 80’s TV show with the same name. If your kid is a true Sci-Fi animation fan, this is a great heartwarming and thought-provoking series to really get into. Also, there’s some LGBTQ stuff in it. So that’s a good thing too.

Wakfu is one of the best animated Netflix kids’ shows. The series is based on a strategy game Wakfu made by a French Studio. The show has a large array of characters, each with their own motivation, story, personality, and development. Overall, it’s a good kids’ anime show to watch.

Trollhunters is probably one of the best fantasy Netflix kids’ shows of all time. It is adapted from Oscar-winning filmmaker Guillermo del Toro’s book Trollhunters. The show offers something that both parents and children can enjoy together. The themes of self-sacrifice and love for one another are strong throughout the show. Overall, the show has all the nuances necessary to captivate the viewers.

Dragons: Race to the Edge

If you and your kids are a fan of Hiccup, Astrid, or Hiccup, this will be a great fun family TV series. You will enjoy watching the series alongside your kids. The series builds up to the great fantasy film How to Train Your Dragon 2, showing us how the youths grew up. The animation is remarkably well-made, pretty impressive for a Kids’ TV show.

Miraculous: Tales of Ladybug & Cat Noir is a great animated TV series with a good storyline. The show tells a story about a high school girl and a high school boy who transform into superheroes Ladybug and Cat Noir to protect their city from evil. Great for kids who love superhero characters.

The Deep is an educational and exciting TV Show for older kids. The show brings both science and conservation into a format that kids can understand. There are only two episodes out, but Netflix has done a great job to make the series a masterpiece.

Stranger Things is the latest addition to Netflix’s foray, which brings us one of their most impressive TV shows to date. This multi-genre masterpiece has been popular with older kids to adults of all ages. It perfectly captures the essence of being kids on an epic adventure. Parents and teens will love watching this nail-biter mystery.

Hilda is an animated Netflix kids’ show based on Luke Parsons’s graphic novel of the same name. The show centers around the girl Hilda who lives in a fantasy world featuring all sorts of creatures. This is an imaginative and intelligent show for both children and adults alike but especially to kids around the age of 8.

Buddy Thunderstruck is Netflix’s newest animated series directed towards kids. The series is full of lighthearted humor, great character development, and animation. This series is possibly a better choice for older tweens.

Trolls Holiday is a short TV show that features the same funny characters from the Dreamworks movie Trolls. This TV short tells the story of the Trolls attempting to create another holiday in order to boost happiness.

Star Wars: The Clone Wars TV series is the continuation of a decade worth of story-telling. Kids will love to see their favorite characters in action.

VeggieTales is a moral-driven Christian animation for kids. It is good and clean for young kids, and entertaining enough for the parents. The show is also a great way to introduce the story of Jonah to kids.

“Beat Bugs” is a pretty good Netflix kids show with classic Beatles songs into their episodes. The show represents a great integration of song and story. It also contains lessons on friendship, science and uses good music to tie it all in.

“Super Monsters” is a great kids’ show on Netflix. This enjoyable series is a fun way to teach friendship, manners, inclusivity, and safety to preschoolers. Definitely, a must-watch for kids!

The Boss Baby: Back in Business

The Boss Baby is a kid’s show, but parents can really enjoy it if they want to. The show is full of smart, witty, and funny jokes. It also conveys strong messages about family bonding. There is a popular movie named The Boss Baby. Check it out too.

Ask the StoryBots is the show kids would love to watch over and over again. The show presents new learning in a fun way for kids. And parents would love watching the show alongside kids.

Dinotrux is the first original partnership between DreamWorks Animation and Netflix based on the award-winning kids' book by Chris Gall. The show incorporates the lesson of teamwork as well as perseverance. If your kids love dinosaurs and robots, then this show is a perfect combo.

Carmen Sandiego is a Netflix reboot of the iconic 1990s video game character Carmen Sandiego. In this show, Carmen’s a strong female character who does the right thing. The show is not only entertaining, but it’s also educational for kids.

It is a Kids’ TV Show about two close friends (Alexa and Katie), and Alexa is suffering from a chronic disease. The show showcases that ups and downs are part of life, and they will eventually pass. Overall, it is a great family show for all older kids.

True and the Rainbow Kingdom

True and the Rainbow Kingdom follows a little girl named True in a world of whimsical characters. The show is full of positive messages and friendships lessons.

Puffin Rock is one of the best Netflix Kids’ shows targeted to younger kids. This series is about two baby puffins Oona and her little brother Baba, and their lives on the Atlantic island.

Richard Adams' beloved classic is brought to life by Netflix in partnership with the BBC. This story’s themes are likely to inspire discussions about friendship, sacrifice, love, and honor.

What are your kids’ favorite shows on Netflix? Let us know in the comment section below.

2. Best Movies To Watch With Kids 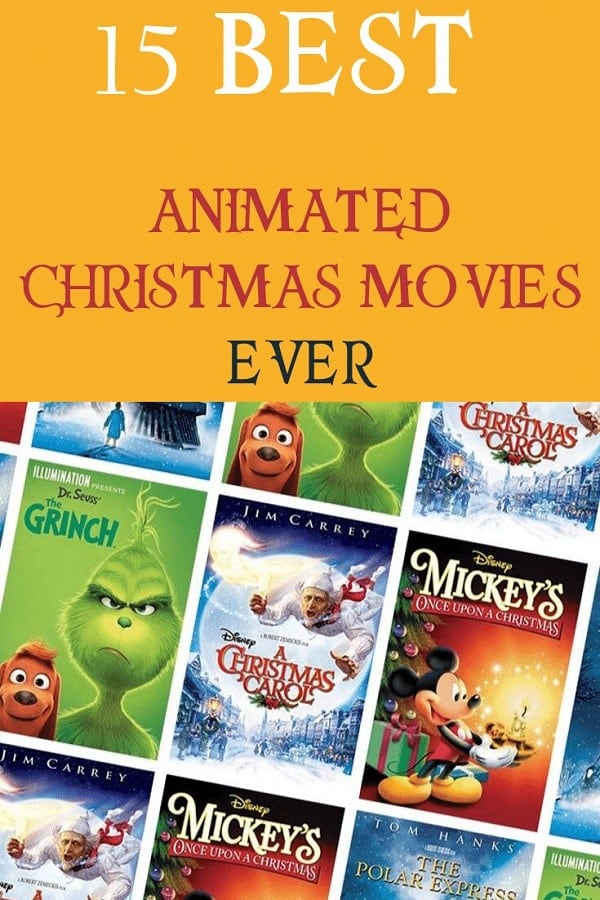 Christmas is a time of cheer, celebration, and relaxation. The most relaxing part of the Christmas season is the time spent watching some Christmas-themed movies with the whole family. Kids love animated films. With the help of computer animation, animated films have been more popular among kids. We have compiled a list of some of…

Being pregnant is considered among the most magical periods for a woman. The thoughts about the unborn baby upset moms the most, especially the moms who are expecting a baby for the very first time. But many expecting moms don’t realize that their negative thoughts, emotions, and the stress response can affect their unborn baby….

We all crave family time. A fun family movie night is a perfect way to take a break from your stressful life and have fun with your little ones. If you are out of ideas, don’t worry; Amazon Prime has got you covered with everything from animated adventures and laugh-out-loud comedies to beloved classics and… 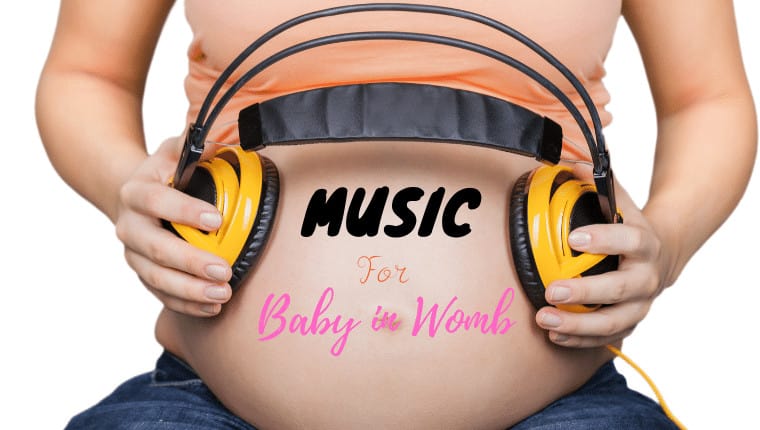